After my last post, I started to do more research into the Rifts in Rift: Heroes of Telara and, after much reading and video watching, many of my fears have been alleviated a bit.  Here is short synopsis of what I have learned thus far.  Those of you who have read more than I, please feel free to comment and correct me if I am wrong! 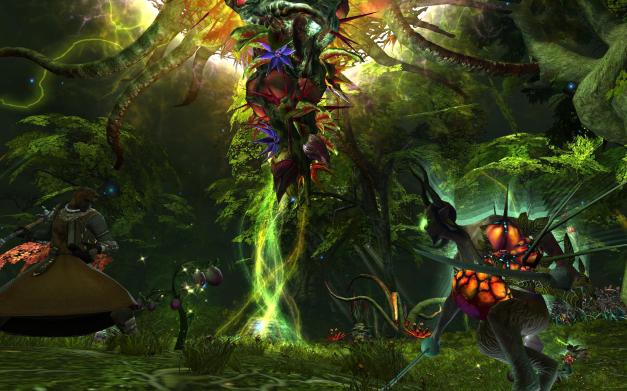 A Rift from the Plane of Life?

First of all, the entire Rift system seems to be much more dynamic than I had previously thought.  They do appear randomly across the world but the consequences of a Rift going unchecked are much more dire than I had thought.  In WAR Public Quests had little to no effect on the surrounding world.  It did not matter if you completed them or not, they were static entities in the world at large.  Nothing really happened if they were completed, nothing really happened if they were not.

This will not hold true for Rifts.  If a Rift exists long enough, without being shut down by the players, it gains a foothold into the world.  From there it spreads outward, causing massive changes to the world around it.  It can, and will, encroach on other areas, including quest hubs.  Killing NPCs, destroying entire villages and causing general mayhem.  This is a lot more dynamic than anything that WAR did with the PQ system and can really change the way the game is played.

Imagine heading off to your favorite grinding spot, only to find it mutated and destroyed by the Plane of Death.  Of course by now the Rift is too big for you to tackle alone and you must gather a party to put it down.  How big a party?  We don’t know but let me say that it would be awesome to have to get a raid together to destroy the giant Rifts that have been left to fester for an extended period. 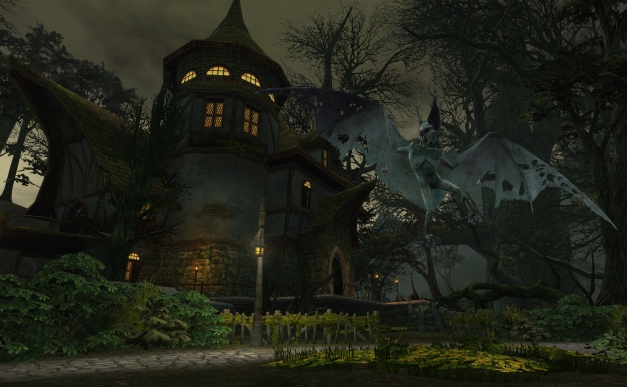 Well, probably lots of steam but that is beside the point.

No, they fight, of course.  War between the Planes, that just so happens is happening right on your planet.

Of course, now you have to shut both Rifts down but which one first?  Well, it seems that you can align yourself, for a short period, with one of the Planes.  Maybe you feel like fighting for Water today and you help it destroy the Fire Rift.  Or maybe you side with Fire.  Either way, you now have its help in destroying the opposing Rift.

This opens up a whole new myriad of possibilities.  What if other player characters are helping Fire while you are helping Air?  PvP?  Who knows, as they have not clarified this yet but it does sound like a possibility and a very intriguing one at that.

Furthermore, just how big could a Rift possibly get?  Could it grow until it consumes the entire zone?  Are there limitations?  What if the players decide to let one grow just to see how big it will get and how much damage it will do?  This could, potentially, be crazier than when Kazzak did Stormwind! And that would be just too cool.

I see lots of possibilities within this system and, on the face of it, the Rift system seems a lot more dynamic than anything that WAR offered with its PQ system.  Matter of fact, if the Rift system works as advertised, we are looking at something a bit more creative than anything we have seen with the last slew of MMOs.  It could be something pretty special.

I am going to leave you with a link to a video I found today, that shows a bit of the world of Telara and a bit of an instance.  The thing that jumps out at me about the instance is that it does not seem as linear as what I have come to expect from dungeons post-WoW.  There looks like there may be some cause to actually explore the dungeon, instead of being pulled from point A to point B by the nose.  I really like that.

In addition, the dungeon “grows” with your character.  Meaning, as you level, you will unlock new content in old dungeons.  New bosses, new events, new areas and, of course, new loot.  It will be more than just a “Heroic” mode, as the dungeon actually changes instead of simply getting harder.  This is I like a lot.  I hate “dead” content in MMOs.  You know, that old content that no one does anymore?  Hopefully this will ease that a bit.

Edited to add another video.

This one is a really nice look at the class/skill system, one of the capital cities and a goblin 5-man instance, the Darkening Deep.  Click here, folks!

What Excites Me on the Horizon?

I am still having fun with Global Agenda but I am also waiting for a few other MMOs on the horizon.  2011 could shape up to be a pretty big year for MMOs.  Certainly the biggest since 2008 which, in hindsight, was very disappointing.  That was the year both AoC and WAR was released.  Both were to revolutionize the industry, both ended up being case-studies in how promising MMOs can go wrong.

Since then we have seen very few BIG MMO releases.  Aion was fairly large but was not as anticipated as WAR or AoC.  Other than that, I can think of no MMOs that have released since then that could be considered big, but please correct me if I am wrong.

Yes, this is the one most are looking forward to the most but not me.  I love Star Wars and I love Bioware games, so I should be ecstatic about this one, right?  But I am not.  Sure, I want to give it a try but I am not holding out a lot of hope for it.  I think it will probably being too instanced for my tastes, I worry that the story will get in the way of gameplay and I have deep reservations about EA running the game properly.

Still, I hope they prove me wrong and make a great game.  I will give it a try no matter what but it would be nice to find a new long term MMO.

This one is flying under the radar quite a bit.  A sandbox sci-fi game with no class restrictions that claims to be purely skill based.  Sounds very interesting but there are a lot of mistakes that could be made with this one as well.  Still, keeping a close eye on it and hoping I get into beta.

I really did not like Guild Wars 1, so I pretty much ignored Guild Wars 2, but the more I hear about it, the more I get excited about it.  A persistent world, dynamic events and great graphics, all combine to make Guild Wars 2 a game worth watching.  The combat is GW1 was horrible, in my opinion.  I hated the “auto-move” to target and I hated not being able to jump.  Hopefully, both of these are removed in GW2.

This one will probably not release in 2011.  I suspect 2012 but I am still highly anticipating it.  I love the Warhammer universe and it is a chance for a Warhammer MMO to redeem itself after the unfortunate fiasco of WAR.  This one worries me, however, I am very worried that it is going to follow the standard “tab-targeting” combat of WoW and that would be very unfortunate.  I was also very disappointed to find out that it was going to be a 2 faction game.  Why can no one follow DAoC’s example and make a 3 faction game?  It boggles the mind.

One thing I will suggest to the WH40k devs:  Pick up Global Agenda.  Play it.  Learn the combat.  Love the combat.  Put it in your game.

Global Agenda’s combat in a Warhammer 40k skin, in an open persistent world, with instances/raids and with a DAoC Frontier type endgame?  I would never play another game again.  Ever.

Rifts looks to be closer to a traditional MMO than the others on this list but the graphics and the lore are very strong.  The Rifts system is intriguing, although it may just be a Public Quest system dressed up in fancy clothes.

Still, I am putting this at the top of my list for the time being.  The character customization possibilities look enormous and they claim that they are making a strong effort to making a PvP system that is strong in its own right, though they are also going with a two faction system.